Riveting, inspiring, and compelling "Fahim Speaks," offers the kind of excitement and
drama that has Hollywood on the edge of it's seat.  Accordingly, he has
developed a huge celebrity following.  Here are a just a few of the A-list
actors and politicians who can't get enough of "Fahim Speaks." 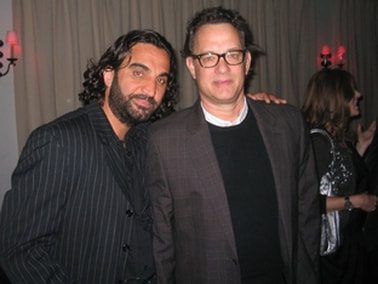 ‘Afghanistan is a complicated place,’  says Fahim Fazli, and he knows.  Born in that enigmatic nation when it was at peace, coming of age as it became a land of terror, and even helping Hollywood recreate the years of war against the USSR, he has a story told in the languages of his origin yet understood by the
ears of the Western World.  As both History and Memoir, when Fahim Fazli speaks we are fascinated.